What to Do If Your Ceiling is Leaking

Call Now for a Free Callout

If you notice a leak in your ceiling, there’s a probable hole in your roof. But if it hasn’t been raining, it’s far more likely that there’s a problem with the plumbing. By the time water comes through and starts dripping on the floors, the problem is pretty severe.

Usually, you’ll notice the beginnings of a leak through discoloured patches or maybe mould. Your walls and floor might get damp, and there may be bubbles in the wall paint. But if it’s gotten to the point where water is spilling, put a bucket under the hole to catch the drips. This can prevent slipping or further damage to the floor or carpet.

The point where the water is dripping isn’t necessarily the source of the leak. The water may have rolled down a sloping section of the roof before soaking up one part of the ceiling. If the flow is a steady gush rather than a continuous drip, it could be a burst pipe.

Clearwater also suggests plumbing issues, since rainwater is likely to be brown. It will collect mud and dirt as it flows down the roof, giving it a distinct colour. Another tip is to get into your attic and check the insulation. If it’s dry in the area above the leak, then it means the problem is the piping inside the ceiling, rather than external rain damage.

Some plumbers will advise you to poke a small hole in the ceiling using a screwdriver or something similar. The idea is that widening the hole will reduce the water pressure, and could keep the rest of the wall from collapsing. It’s probably not something you want to do on your own though since you might damage the structure of your house.

Ceiling leaks can be a challenge for the average homeowner because there’s no easy way to get into the ceiling and find out where the problem is. And even if you do, you might just see a confusing network of pipes and beams with no clear indication of how to fix it. For apartments, the leak source might come from the home above you.

The best way to deal with a leak in the ceiling is to call a plumber. They have the right tools and equipment to identify, diagnose, and resolve the problem, and some offer 24 hour plumbing service in case of emergencies. So if you’re concerned your leak could lead to flooding, or if it can’t wait until morning, you can give the plumber a call.

Start by trying to find the cause of the leak. What’s in the space above the leak? If it’s a bathroom, it could be a shower or toilet leak that’s coming through the floor. Toilet leaks can happen when the wax ring is worn out. The ring connects the floor to the bottom of the toilet so when it gets old, the water may seep through when you flush.

Since the toilet is flushed frequently, the water will accumulate and can eventually seep through the floor. It’s a simple thing to fix. You can get a new wax ring from any hardware store and replace the old one. If the position of the leak is closer to the shower, check whether it while someone is using the shower.

If the ceiling leaks while shower water is flowing, the bathroom floor tiles might have a crack in them. If the shower continues to leak even after the water is off, it’s more likely to be a problem in the piping. In that case, you’d have to call a plumber to access and inspect them.

You could start by lining the shower floor with silicone caulk to see if you can prevent overflow from the shower cubicle to the rest of the bathroom. You could also use caulk to fill up any cracks in the floor tile. Check the shower drain, unscrewing it to see its condition. If it’s old and worn out the blocked drain, replace it, or use putty to seal it temporarily.

A ceiling leak isn’t a minor repair job, so all these measures will only help you to confirm its source. Once you have a better idea of what’s causing the leak, call in the professionals and let them sort it out for you. Pick a plumber with excellent references and affordable rates, so that you get a good deal on your repairs.

Read Our Other Posts 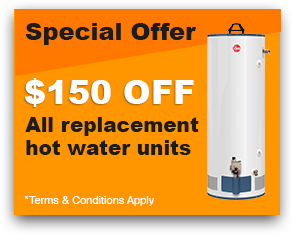